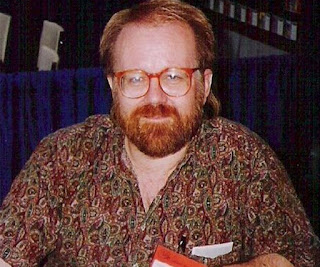 Few creators in comics history have been the beneficiaries of an adoration for their work as most collectors hold for John Byrne's run on the X-Men. Following a wonderful run by Dave Cockrum, Byrne (in collaboration with inker Terry Austin) launched Uncanny X-Men into the stratosphere. From that point, Byrne parlayed his success into lengthy runs illustrating the Fantastic Four and then on to DC where he was allowed to revamp the Superman mythos. At times controversial, Byrne never shied from either the spotlight or from speaking his mind (or from creative decisions such as his dismantling of the Vision).

Today I am featuring sketches of Marvel characters (and thanks to the various owners of these pieces for making them available on the Web); perhaps at some future point we'll take a look at some DC characters as rendered by Byrne.

From the standpoint of my own satisfaction, I tended to enjoy Byrne's work most when he had an inker who would exert some degree of positive influence. Whether Joe Sinnott, Austin, Bob Layton, or Dick Giordano, I wanted an inker to add some boldness to Byrne's lines. During his Fantastic Four tenure, and then on into some creator-owned projects like Next Men, I felt that Byrne left to his own devices could produce work that seemed a bit scratchy. My eyes prefer "polished", and that is what Austin, et al. lent to Byrne's pencils. Feel free to disagree with me in the comments below. 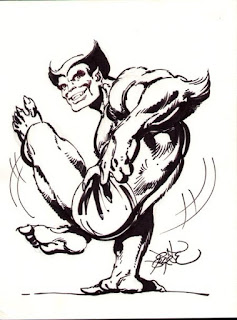 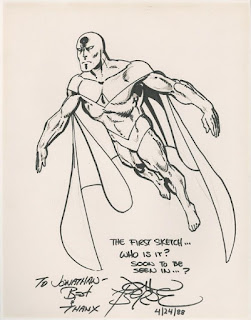 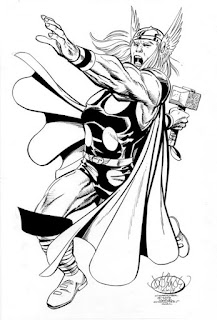 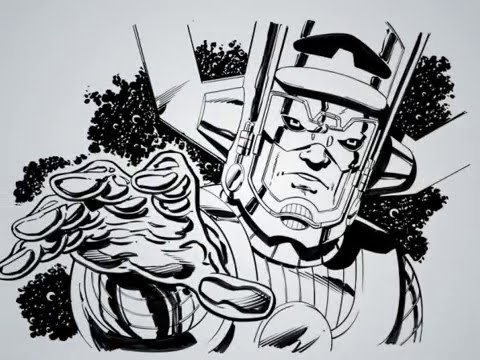 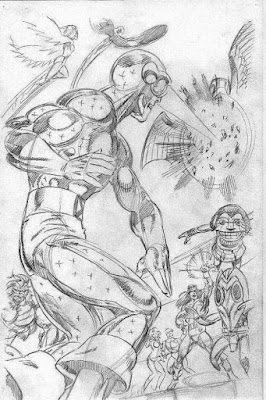 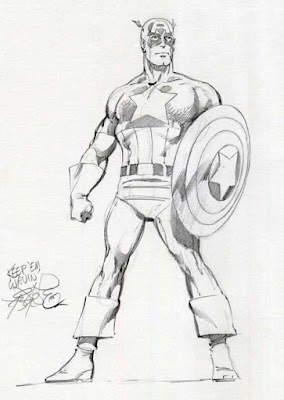 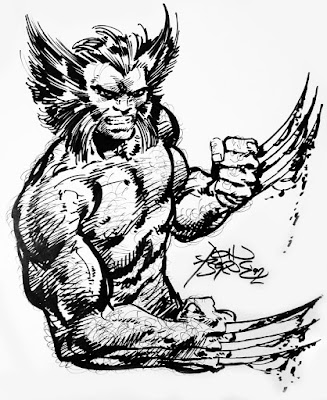 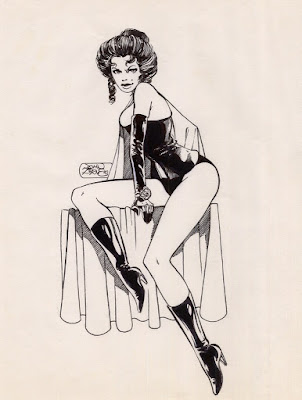 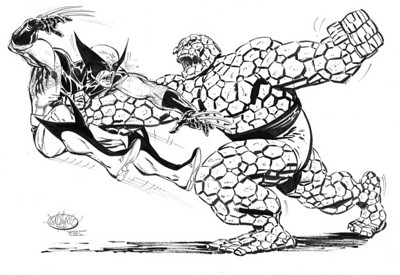 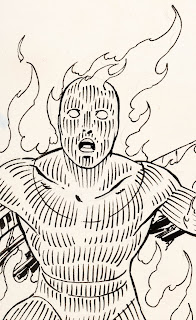 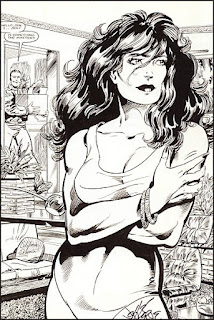 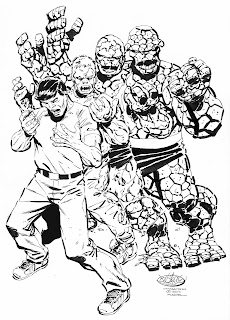 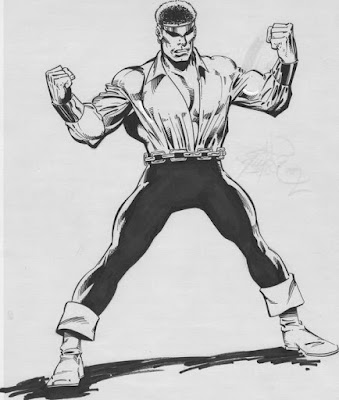 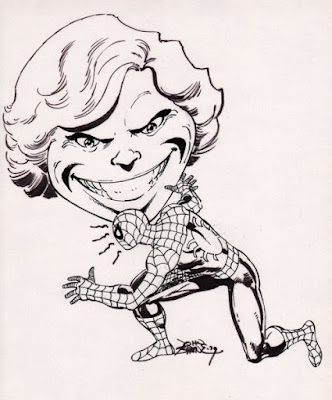