George Takei's They Called Us Enemy - a Review 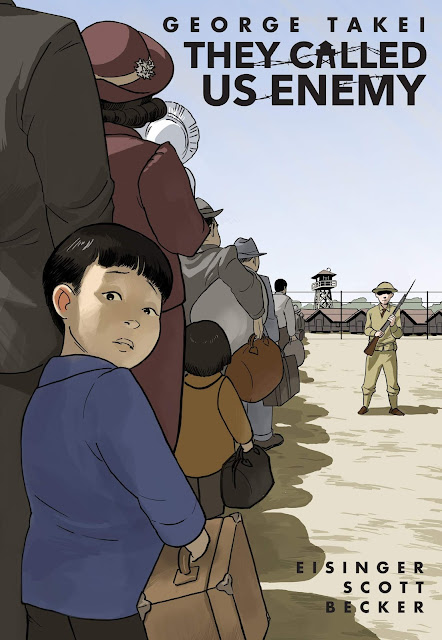 I became aware of the book early last summer via Twitter. I follow George Takei and saw him with some pre-release publicity. I was fortunate to snag myself a copy when I was working at the United States Holocaust Memorial Museum near the end of July. I didn't get round to reading it until early in August, but was quite impressed when I started. It's about a two hour read cover-to-cover, and time very well spent. Let's dig in via the usual methodology.


George Takei’s illustrated autobiography takes us from Los Angeles to two of the Japanese internment camps used by the government of the United States of America to imprison American citizens of Japanese ancestry, as well as Japanese resident aliens. Takei details his family’s dehumanization, loss of civil rights, and the lasting impact of these events on his own life. The story is juxtaposed with Takei’s reflections and actions at later points in his life. The story is largely played out through the eyes of Takei as a boy, and his innocence in the early 1940s only heightens the sadness of the situation. 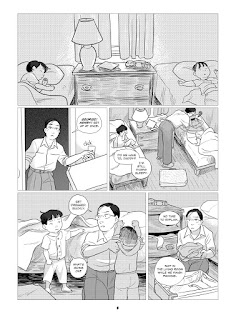 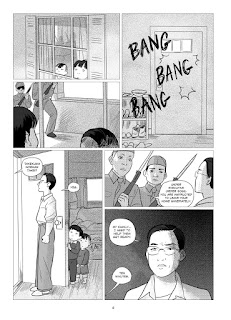 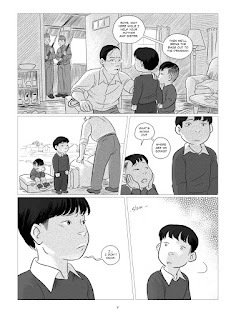 The Good: Where to begin? How about Harmony Becker's art? You know me, I've always favored the graphic side of the writer/artist equation. Becker's style is pitch perfect for this story. I think you'll see from the samples I've provided that there is a conservatism of lines that give off a children's storybook feel. And that is wholly appropriate. It's quite beautiful, and she cuts no corners. The backgrounds are wonderful, the zipatone adds texture every now and then, and her attention to detail on structures and setting give the entire scope of the tale authenticity. This art is as effective as was Nate Powell's work in John Lewis's graphic autobiography March.

Justin Eisinger and Steven Duvall Scott bring the events of George Takei's life to readers of all ages in a way that is easily understood. While the issues within are complex, the presentation is in such a fashion that the young (and novices to the history) can comprehend the magnitude of what happened to Japanese-Americans during the War years. But this isn't just for kids. While I'd call it appropriate for children, I felt immediately drawn in and really disliked that I had to finish the book the day after I began. It's cliche', but yeah - it's a page turner. 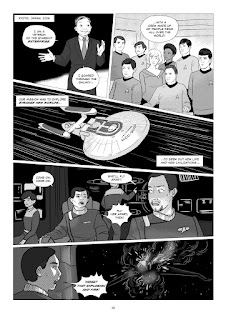 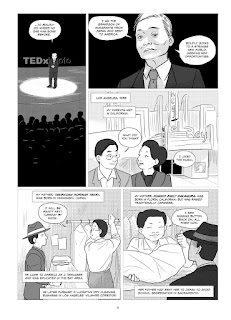 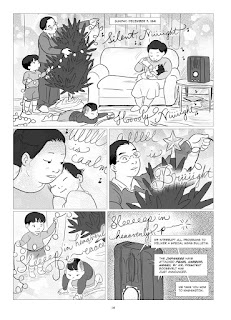 Because the book is relatively new, I've only included art samples from the first third or so of the story - I don't want this review to be spoilerific. The narrative covers the entire war and liberation (freedom? The experience and circumstances felt by Jews and other victims of the Nazi camps system was different from what occurred in the States mid-1945). Somewhat echoing Art Spiegelman's Maus, there are a few vignettes of an older George speaking with his father about their wartime life. When I got to those scenes, one in particular interested me. George lost his patience with his father's explanation of a question George had asked; I thought back to Art's anger and disgust with Vladek when it was learned that Anja's notebooks had been destroyed. Other valuable scenes included a speech George made at FDR's Hyde Park (NY) estate, and a prolonged discussion of the internment issue as dealt with decades later by the Reagan and Obama administrations. Lastly, Takei ties his story in with current issues involving immigrants and detention centers along the southern border of the United States. All ages-appropriate, yes - but not kid's stuff. 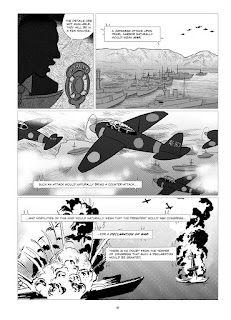 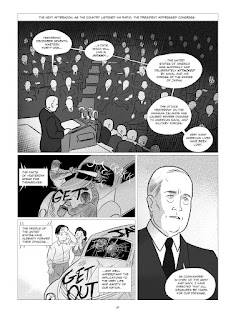 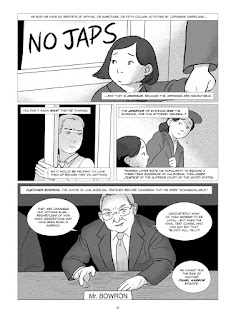 The Bad: Just look at that first set of pages I posted, above. That's about all you'd need to grasp the intensity of George Takei's story. But as you progress through the various samples, you get to some of the outright bigotry demonstrated by those elected and appointed to safeguard our freedoms. All our freedoms. Not just freedoms for some of us.

There were times I had to move away from the book for a few minutes for some personal meditation and contemplation.

The Ugly: Really, all of this. That the Takei family, and the many other families affected by this held firm and maintained their humanity as their own government treated them as "less than" is a testament to their spirit. I did not always agree with the policies of George W. Bush, but I will always recall immediately after 9/11 a call to civility toward American Muslims. He knew the history, and he was not going to lead us down that path again. My heart broke when I came to the last panel on the page below, at right. George was so excited to get to sleep where horses slept. Through the eyes of a child... but think about that. 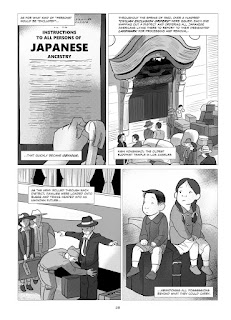 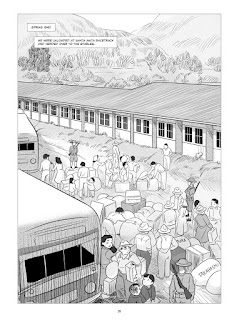