Batman Black and White's "Two of a Kind" - a Review 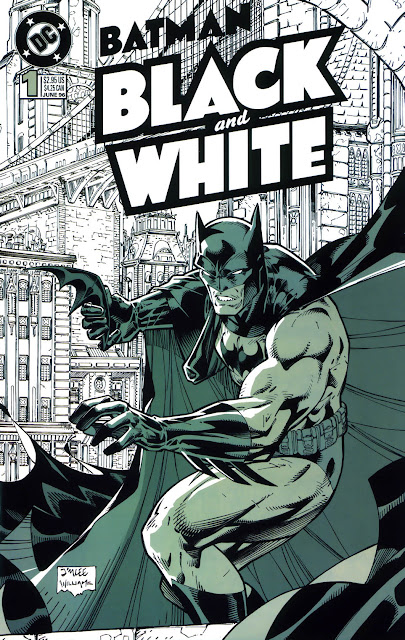 In the spring I had to clean out both my classroom and office, as I have been assigned to a new space (hopefully for my last four years of teaching). Having been in the same classroom for 25 years, to say I'd accumulated some stuff (read: crap) would be an understatement. So... I loaded up five paper boxes of books that I knew I did not want to keep and that none of my colleagues would enjoy, and headed off to our local Half Price Books. If you don't have one of those, let me just say that it's not a place one goes to make money; rather, one goes there because there are painful feelings of guilt in throwing books in the trash. Of course, while the staff determines how many pennies to pay out, what has one to do but wander the stacks. And for this guy, specifically the graphic novels section. BOOM! I left with the hardcover collection of the series I am featuring today (and will in subsequent posts), as well as tpbs of Tarzan on the Planet of the Apes and Captain Britain: Before Excalibur. All for around $25 - a good trade-off.

The creators listed in this hardcover reads like a who's who of awesomeness. To name just a few, Bill Sienkiewicz, Brian Bolland, Howard Chaykin, Neil Gaiman, Joe Kubert, Dennis O'Neil, Brian Stelfreeze, Walter Simonson, and today's featured luminary - Bruce Timm. Timm is listed as the sole creator on the 8-page gem we're going to discuss, and I think you'll find that the boy done good! Shall we? 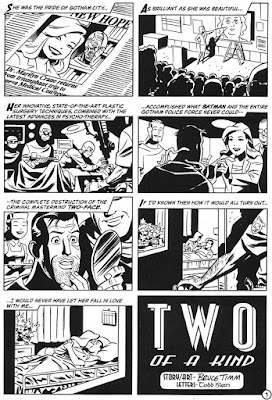 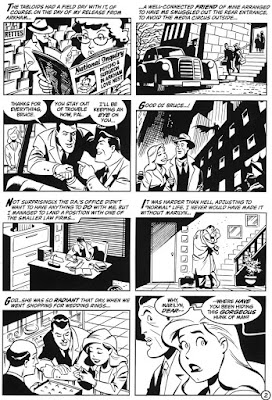 Two-Face is the centerpiece of a tale of deception and duality. Harvey Dent had finally been cured, by the beautiful plastic surgeon Marilyn Crane. Having fallen in love, Crane rushed plans to marry Harvey. But from her past stepped her twin sister Madeline - who doesn’t play nice. Madeline confronted Harvey in his office after hours one night, and cajoled him into a tryst. Telling Madeline it could not go further, Harvey was dismayed to later find that he could not reach Marilyn by phone. Rushing to her condo, a grisly murder scene was discovered. Would Two-Face be the result for Harvey Dent? 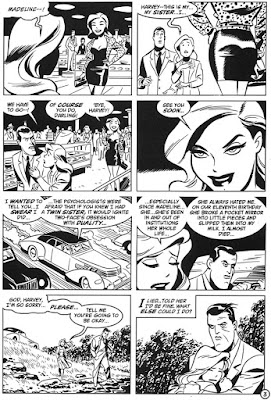 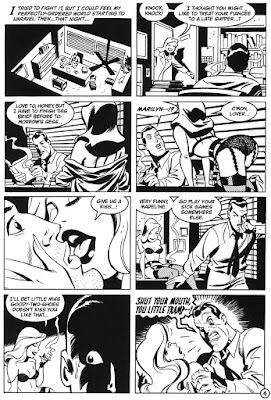 The Good: You know, when I read an adult-themed story from Bruce Timm, such as today's fare or the wonderful Mad Love, I'm always at first a little taken aback at the disconnect between the "animated style" of art and the mature content. But the pictures are just so darned good, I quickly chuck any misgivings. That's definitely the case with our story today. As I began reading, I was reminded of the first issue of Frank Miller's The Dark Knight Returns and Harvey Dent's curing and subsequent backslide into crime. I don't by any stretch think Timm swiped the plot - but there was just that sense of familiarity.

It's a good Batman story when Batman is only in it for two panels, and you'd say it's a Batman story. Does that make sense? Timm uses various tropes from the mythos, such as Arkham Asylum and Harvey's past as an attorney to firmly set the doings in Gotham City. Longtime readers of Batman comics know that the city is almost a character in itself, so the mood of the story seems set from the start. And the idea of identical twins providing a trigger to possibly ruin Harvey's rehabilitation seemed fun. 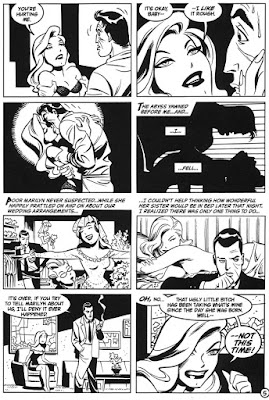 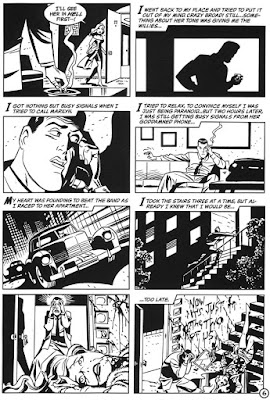 Timm works well in blacks. I didn't doubt that he would, but I must declare that his use of shadow is very effective. He also adjusts the closeness of the camera, as well as varying angles, to generate interest and excitement as necessary panel-to-panel. I loved the two pages posted just above. The spotlight of Harvey giving in to Madeline, followed by the silhouette of their affair, is a nice piece of movie-making. The two-panel sequence of Harvey racing in his car to Marilyn's condo and then up the stairs is also very well done.

I wanted there to be one more twist at the end - that it actually would have been Marilyn who killed Madeline, creating a dual personality in Marilyn. But it was fine the way it finished, and probably better, given the short page count. I've included the entire story in today's art samples.

The Bad: Nothing, although I did wish the story was longer. I was enjoying myself!

The Ugly: Just Harvey's face, once he burned half of it off. Yikes! 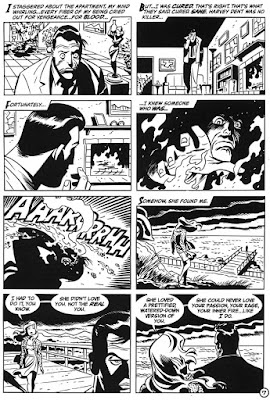 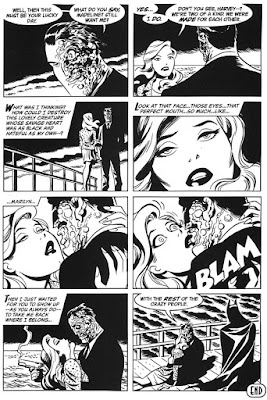 Come back in about a month when I'll get back into this hardcover. Next time we'll check out a Batman tale written and drawn by Joe Kubert!