Satana, in "The Kiss of Death" - a Review 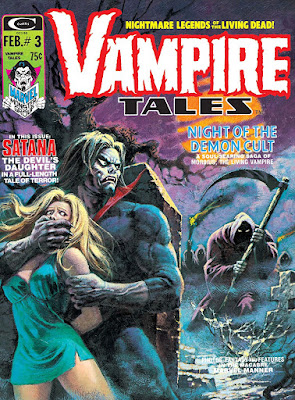 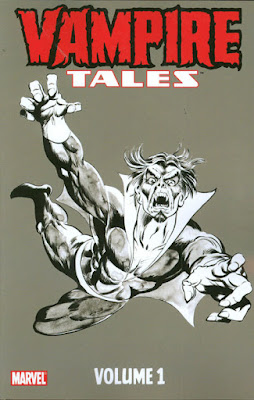 Years ago, over at the Bronze Age Babies, I posted the story that introduced Satana to the masses. It was a nifty little yarn penciled by John Romita and featuring the Devil's daughter in an almost wordless tale. Check it out if you'd like, then hop back here for today's fare, featuring Satana's third appearance.

I've posted an image of the cover of the first volume of the 3-volume series of trade paperbacks collecting the Vampire Tales black & white magazines of the early 70s. I was fortunate to spy a near mint copy of it at our local Half-Price Books last month during a Labor Day sale - scored it for $8! Yes, Doug left a happy boy. So it's my resource for today's review and I'm quite pleased to have made the purchase. My former partner Karen posted some comments on the tpb 8 1/2 years ago (yikes!). Of course you know that I've amassed a small library of books reprinting Marvels B&W magazines, and this one's a solid addition. But enough about me - you came here today for the comics.

Devil worshipers butting heads with the religious Right - seems right for a tale from early 1970s California. But what happens when the Devil’s daughter actually interjects herself to the fray? Satana spied the confrontation, and sought friendship with one of the young ladies on the side of Satan. Seeing that like herself, Ruth Cummins is also marked with the sign of the Devil, Satana takes her side against Harry Gotham. Gotham, apparently a televangelist of some ilk, leaves us wondering if he is more concerned with salvation or ratings. Either way, Satana is in his way. 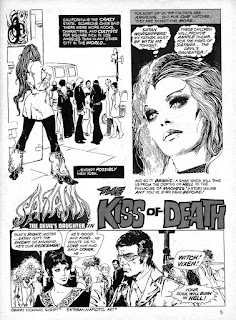 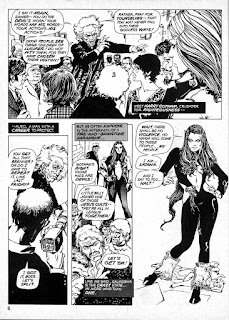 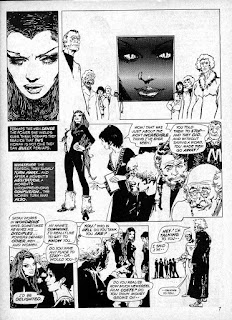 The Good: You wanna tell me how this blog has published for 11 months and has only had a single mention of Esteban Maroto? Fixing that today. Maroto lands among the photo-realists who were penciling comics as the Silver Age transitioned to the Bronze Age, and he certainly mastered the techniques. The art in this 10-page story is simply stunning. Everything we'd expect from the likes of Neal Adams, Jim Steranko, Dick Giordano, and others is on full display. Yet, there's a wispiness to the pencils, most evident in the long hair of the females. There's just enough roughness around the edges to give the story a real moodiness, and I like it. Each page before the finale contains at least one closeup that is beautiful. And Maroto seems especially adept at channeling to us the evil that is inherent in Satana. Well, evil depending on one's perspective.

Gerry Conway's script leads us to question the virtue of one Harry Gotham, and casts him as the antagonist of the story. Gotham is a religious crusader, yet one obviously bent on exposure, publicity, and a consciousness of the value of a dollar. So when he comes into conflict with the young "devil worshipers" and our... heroine (Satana), we see Gotham as the one ruining the fun. Nevermind that Satana feeds on the souls of men, sucking the literal life from them while leaving a dry husk in their place. We have a growing tension with Gotham and seek his comeuppance. And when it happens I think there are cheers. Until again, you consider what's happened and the identity of the "victor" left standing. 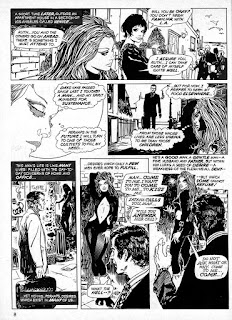 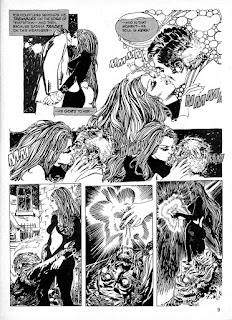 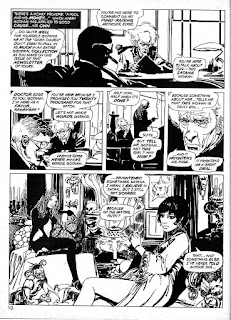 One more comment on the length of the story before I head toward the finish: Prior to finding my love for the B&W comics, I'd been wholly accustomed to the 20-22 page packages of the standard four color comics. What I've really enjoyed as I've delved deeper into the Bronze Age magazines is the variety of story lengths. Some of the lead stories in Savage Sword of Conan, for example, can be almost 50 pages. Here we see a real economy of space, but no shortage of necessities of plot, character development, backstory, and the execution of the climactic event. I have become further impressed with creators who I'd only known in the color comics. 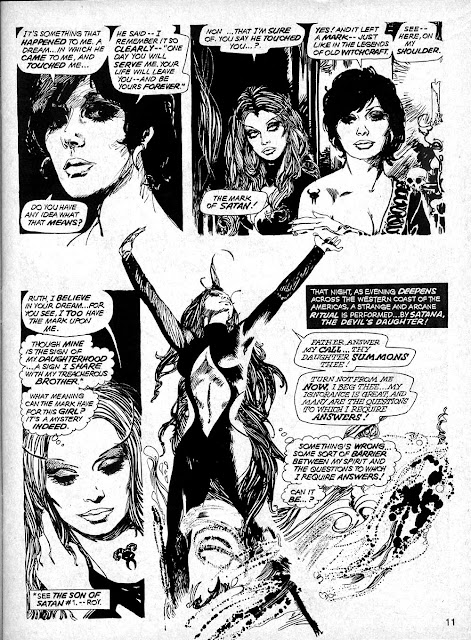 The Bad: It's a slippery slope when a Christian is portrayed as the bad guy. Yet I think we'd agree that there is an unsavory element (probably evident among the faithful of all religions) that seeks only legalism and judgment, as well as self-promotion. Harry Gotham wears all that, and Gerry Conway assures that Gotham wears it well.

The Ugly: I'm gonna guess that getting one's soul sucked out of one's mouth, as the body dries and shrivels, doesn't feel good. What a way to go... 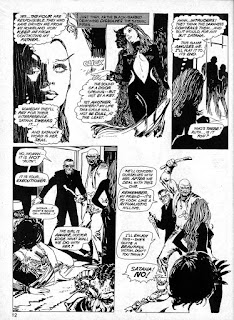 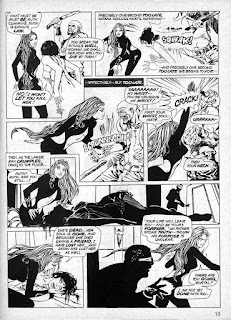 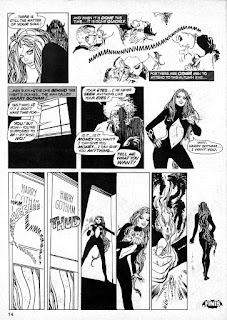